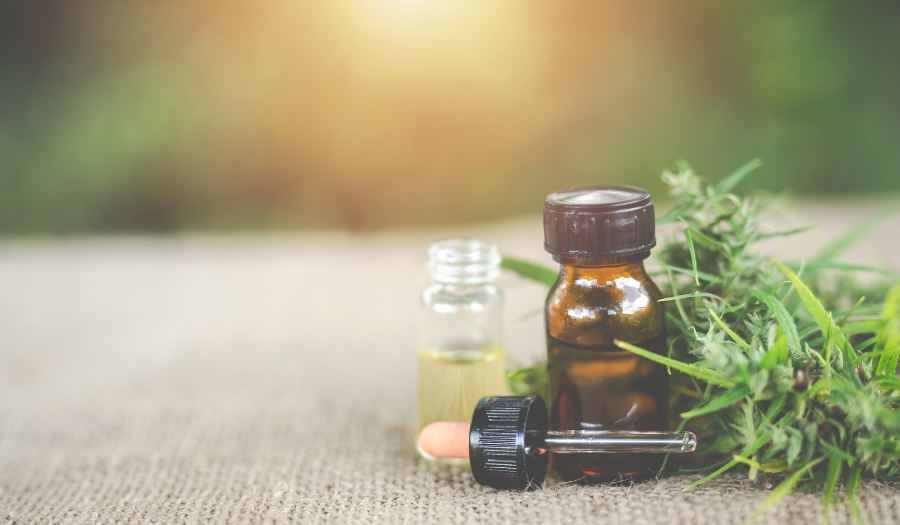 Yes!  Research continues to show that CBD (or cannabidiol) is safe for consumption and it may offer a wide range of benefits.  From help with anxiety and mental health struggles to relief for chronic pain and symptoms caused by cancer treatment, the potential for CBD as a treatment option is certainly impressive.  Just be sure to choose a high quality and trustworthy product that has independent test results readily available.

While the majority of people can take CBD without any unwanted side effects, there are those who are sensitive to certain cannabinoids that can experience symptoms like dry mouth, fatigue, diarrhea, or low appetite.  Furthermore, if any medication is being taken it is best to consult a doctor prior to using any additional treatments to ensure that it will not interact in a negative way.

Can You Take CBD With Medication?

CBD has been shown to be safe in repeated trials, even in doses as high as 1500mg per day (though this is not recommended), but what happens when other compounds are introduced?

While the majority will be able to continue taking CBD while on medication, it is always best to talk to a doctor before beginning additional supplements or prescriptions, including cannabis derivatives.  Like any new treatment, it is essential to determine if the substances will counteract one another or lead to complications.

The limited research available demonstrates that there are particular medications that cause minimal interference when paired with CBD or no observable interaction.  Antibiotics, for example, are not thought to interact with cannabinoids.  Most supplements are also considered to be safe to take in combination with cannabidiol as they have not presented any exaggerated symptoms or reactions.

When mixing different formulations the biological mechanisms responsible for activating the compounds becomes more complicated as the body is required to metabolize disparate elements, and due to this there is an increased possibility for risk.  The body processes any substances consumed in a specific way, identifying the type of material and proceeding as necessary.  For food this means converting the plant or animal material into energy.  For CBD this means engaging the endocannabinoid system.  When multiple chemicals from medications are combined, there is the chance that they may be unexpected or adverse reactions.

Foreign substances (including cannabinoids) are converted as well as excreted by a family of enzymes called cytochrome P450 (CYP450), but this key role can be impacted by several factors.  The enzyme CYP3A4, which is responsible for metabolizing around 60% of prescriptions, is particularly susceptible to inhibition.  Research shows that many medications including edible cannabidiol interfere with this important enzyme, and when this happens the rate at which drugs metabolize may speed up or slow down which in turn causes what is known as a drug interaction.

CBD specifically has shown in pre-clinical studies to act as a competitive inhibitor, binding to the site where CYP450 enzymes act in a way that directly impacts the system.  In doing so, other chemicals found in further medications are displaced and are unable to be metabolized efficiently.  This can make the competing substances less effective, more potent, or produce symptoms that were not previously experienced.

For example, while taking cannabidiol on its own may not present any side effects, taking in combination with a medication that is associated with similar symptoms might exaggerate the potential for a reaction.  In other instances, the concurrent use of CBD and other drugs might lead to altering the effect of the substance.  For this reason, it is important to know which drugs interact with CBD and which medications should not be taken in combination with cannabidiol.

What Medication Does CBD Interact With?

CBD does interact with certain medications and should not be taken with particular combinations.  However, as there are tens of thousands of medicines approved around the world, it is not feasible to list every single drug that may pose a problem.  Furthermore, as research on cannabinoids remains limited, science has yet to reveal every potential reaction.  That being said, there is an understanding of the interplay between particular types of treatments and what medications should not be taken with CBD without a thorough consultation.

Currently, scientists have revealed at least 57 medications that display an interaction with CBD.

The best line of action is to talk to a doctor about any concerns and to discuss the benefits and risks of combining CBD with your particular medication.  If taking cannabidiol with another substance, just be aware of any changes you notice including new or increased side effects like dizziness or nausea, a decrease in the potency of your medication, or changes to the effects normally experienced when taking CBD like diarrhea, fatigue, or appetite.  Consult a doctor about any abnormalities observed.

How To Talk To Your Doctor About CBD

Before considering a dose of CBD alongside your existing medication, make an appointment with your doctor to discuss any potential drug interactions including side effects, inhibitors, and risks.

First, begin the appointment by explaining clearly why you wish to begin using cannabidiol as a supplementary treatment for your symptoms.  Identify any persistent problems you are experiencing, and let the doctor know that you would like to explore the benefits CBD offers your condition.

Next, ask your doctor if there are any concerns about how your medication may react with CBD.  Request a list of potential side effects or interactions that may occur so you can go over the information again in your own time.

Finally, if CBD is expressed to be safe in combination with your medication see if your doctor can provide details on the correct dosage to start with for your symptoms and existing prescription.  They may need to give a follow up call to provide this information.